Now living in Paris, nomadism and hyper nomadism has become a priority
a pc in the field is an anxiety source of reliability, energy, sometimes difficult parameters. Fatigue, cold and humidity weigh down on difficulty and procedure
I was already well on this track having removed the PC from the autoguiding circuit thanks to Lacerta Mgen II

The starbook (handpad of the sphinx mount) with its nice ergonomics, let me believe that I could have a long time exploring its catalogs 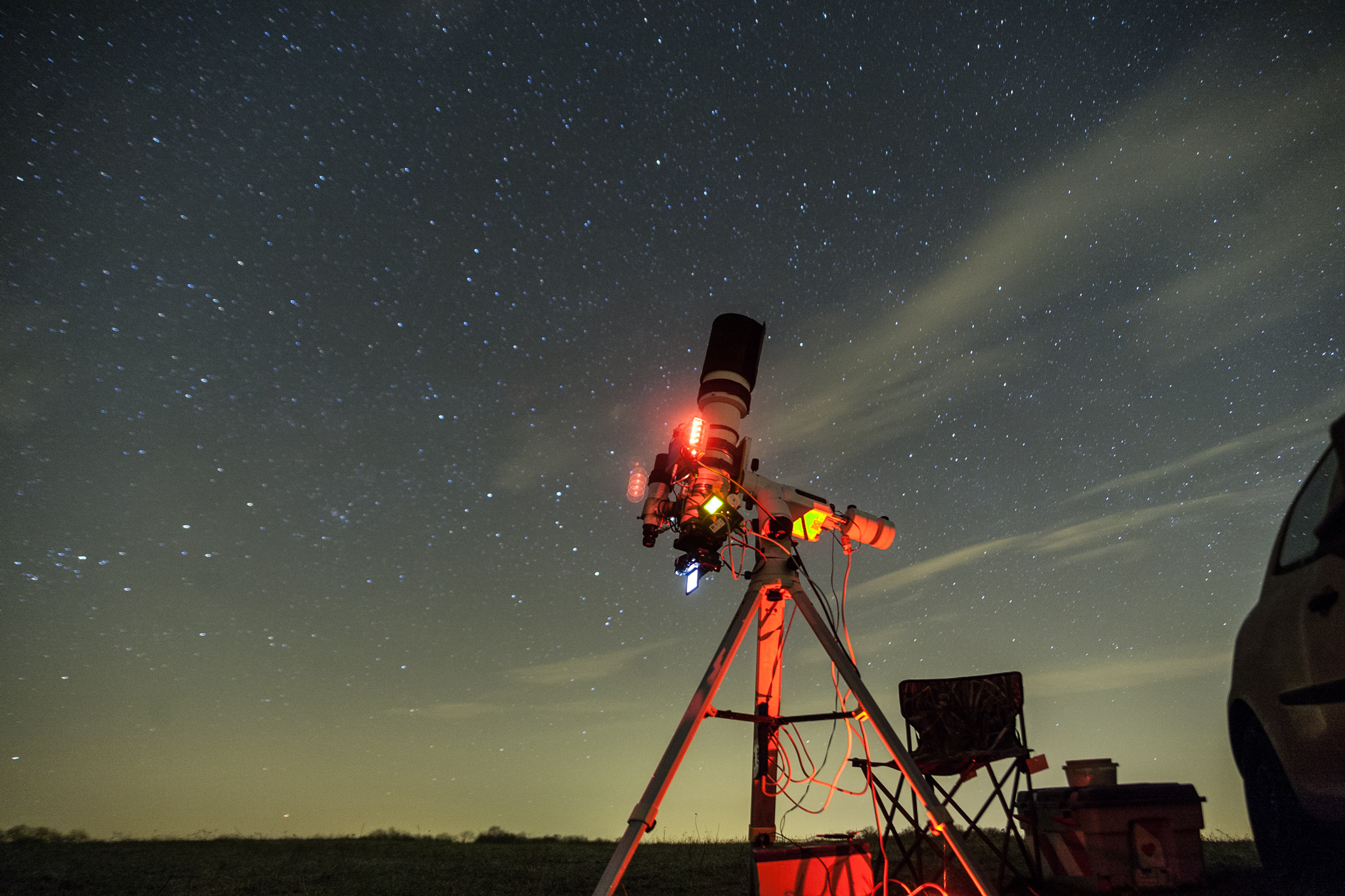 But his catalogs are very limited
22,600 objects, including nearly 18,000 stars (not very interesting). And only the NGC and IC catalog (partial enough) are present
Most objects “molecular clouds” are not represented, except it is what I’m most interested in large fields now, with large clusters of galaxies, no longer represented
Example NGC1333 is not present, the PGC either, barnard, melotte, etc. are not there
And as my destination will become more and more hard astro these objects are no longer out of reach issue light pollution 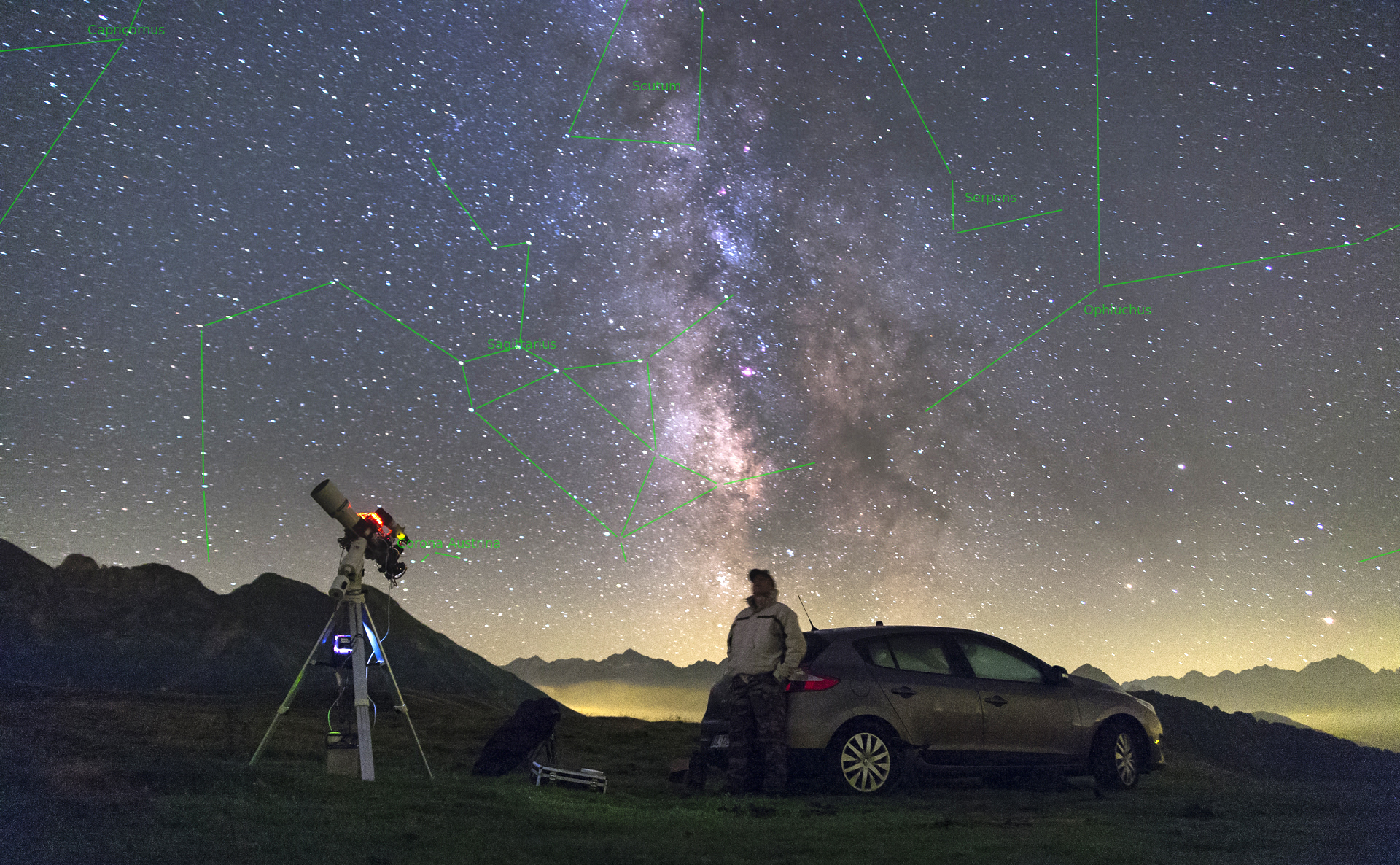 Always wishing not to use the PC, smartphones offer properties worthy of computer, in any case largely sufficient to control a telescope

the SKYSAFARI Software on Android (and iOS) can control the telescopes in WIFI mode or even Bluetooth
So with my phone I was able to drive the EQ8 mount with its eqblutooth module and make a funny goto
anyway in this case, the mount being permanently paired to a pc, the interest of the phone is more than limited
For my sphinx mount it’s other things. The mount is usually piloted via a PC and a point-to-point network cable
To do this you must connect a network cable (straight or crossed, it does not matter) between the starbook and the pc. in general after a few minutes the two pc agree even on the ip but if necessary we can always between the manual ip that is displayed on the starbook screen
in general, in point to point it is of the 169.254.xxx.xxx type Then it was necessary to have the ASCOM drivers of the sphinx. It was developed by a particular, Death prematurely, the sources have long been unavailable
we (the sphinx group on yahoo) made calls to the community and finally we were able to put back into circulation an ascom drivers. the sphinx is therefore controllable by PC
for those who are interested:: the drivers is downloadable on the Avex’s Cloud

But as I said I do not want to use pc for the moment, too much energy.Rafter some research I found on Webastro someone who has experienced a portable wifi relay router (USB powered) 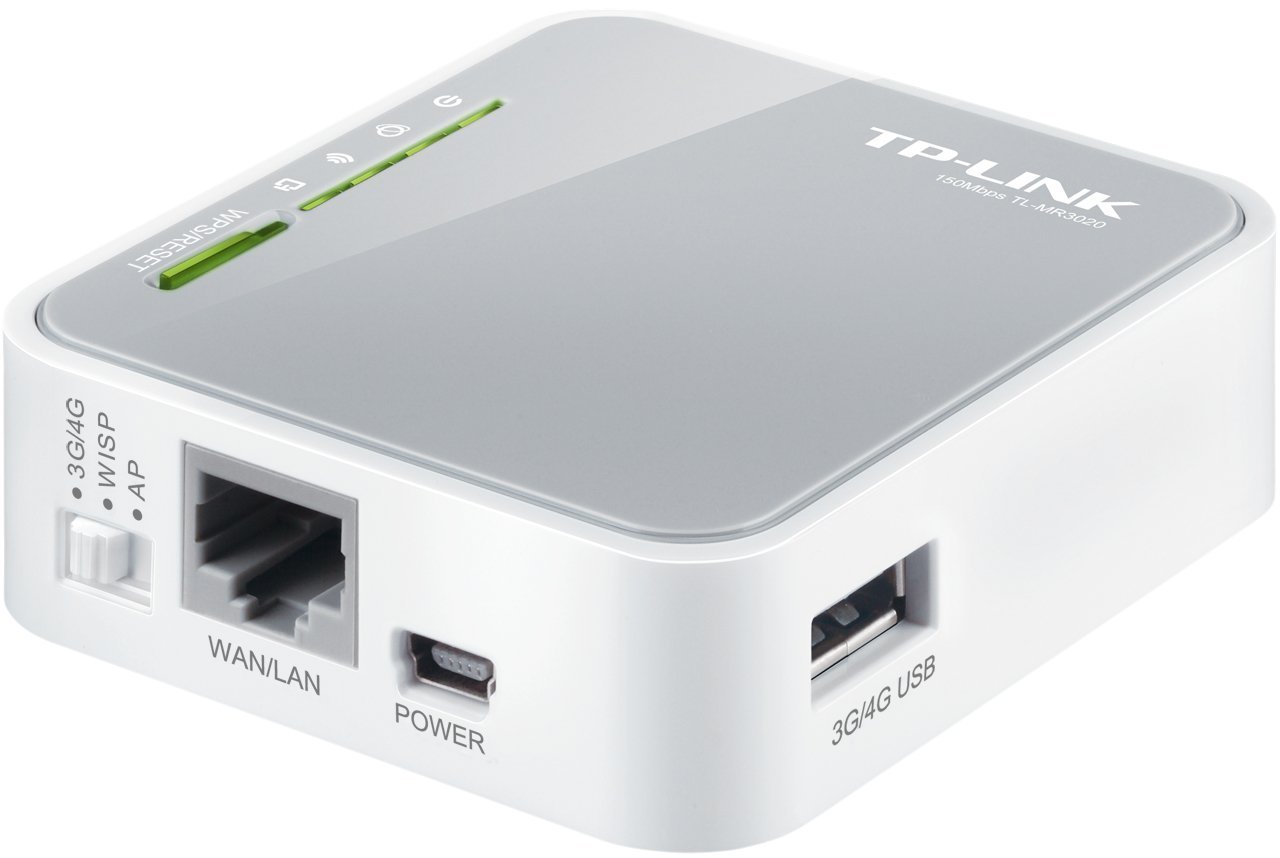 Small aside on this router:
It is awesome. For those who have a box a little crappy (other than freebox) this thing is all that we can expect from a router, port forwarding (nice if you have IP camera for example) wifi time, schedule network for children, internet bridge creation between several wifi network, encryption, network creation for guests with or without access to the internet and or local resources, short class for 20 € !!!!!!!!!! !!!!!!!!!!!

Let’s go back to our sheep so I plugged the mount to this router. (it is necessary to connect the router before the ignition of the starbook) and the miracle. From the admin interface of the router I see that the mount has an ip address 192.168.0.101

the mount is controllable in wifi, from a pc or a smartphone connected to the wifi terminal of the mini router

to control the mount from a phone, a downloadable and paid App and available in the appa store: SkySafari I had personally bought the V4. Today is the V5 and the V6 is already available on iOS
When it comes to riding the mount, nothing changes

there is more version of the basic software (1 €) Plus (7 €, my version) and the pro (20 €)
the main differences are in the size of object catalogs

I think to make the update to the V6 Pro which will be available on android …, the PGC catalog interests me to the highest point

note, given the size of the catalogs, a solid wifi connection is recommended …

Before going further, a small parenthese

This is an excellent planetarium program on android; there may be some of the best, but this one is doing a great job. it has “drivers” for almost all the frames of the trade, it helps well
nice little thing,  just as we can do for stellarium, we can add its own panorama
it must fulfill some prerequisites
your panorama must be in color and cut out
like this: (the checkerboard represents the transparent parts) 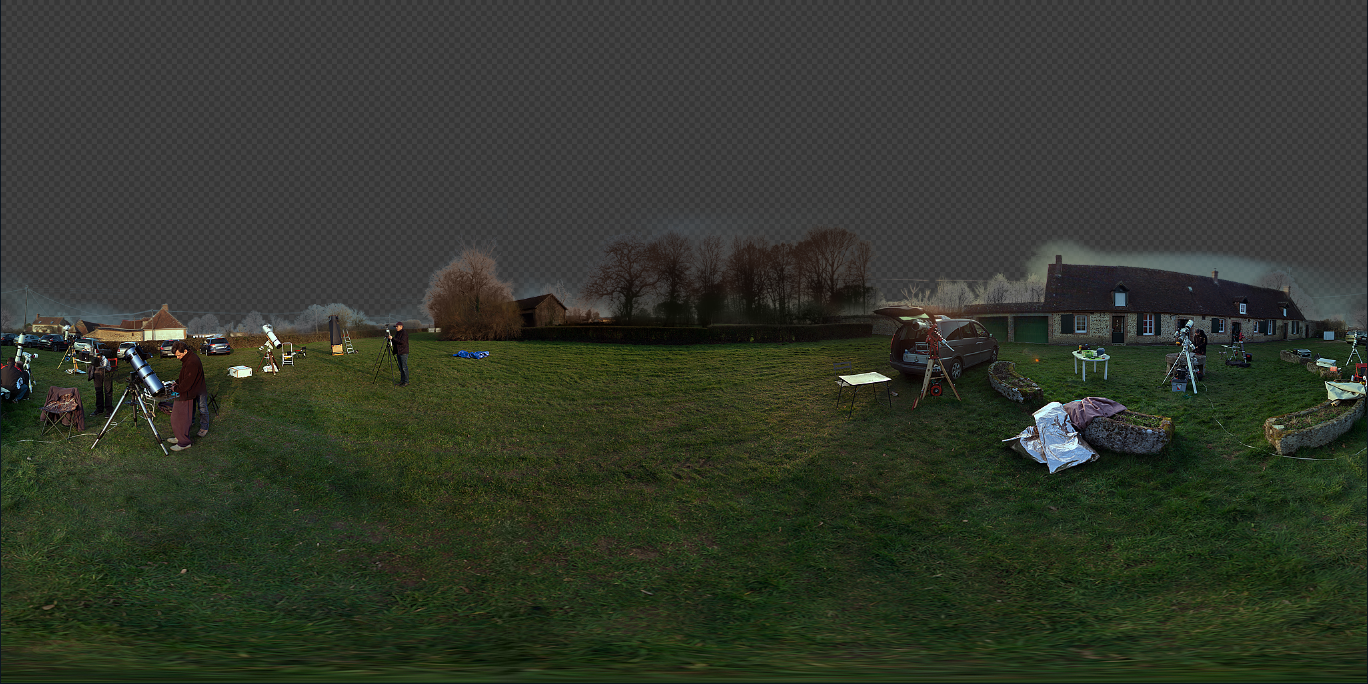 it must be in 8bit, in PNG WITH transparency, to do exactly 2048 * 1024 pixel and the north must be wedged on the right edge of the image (phew) 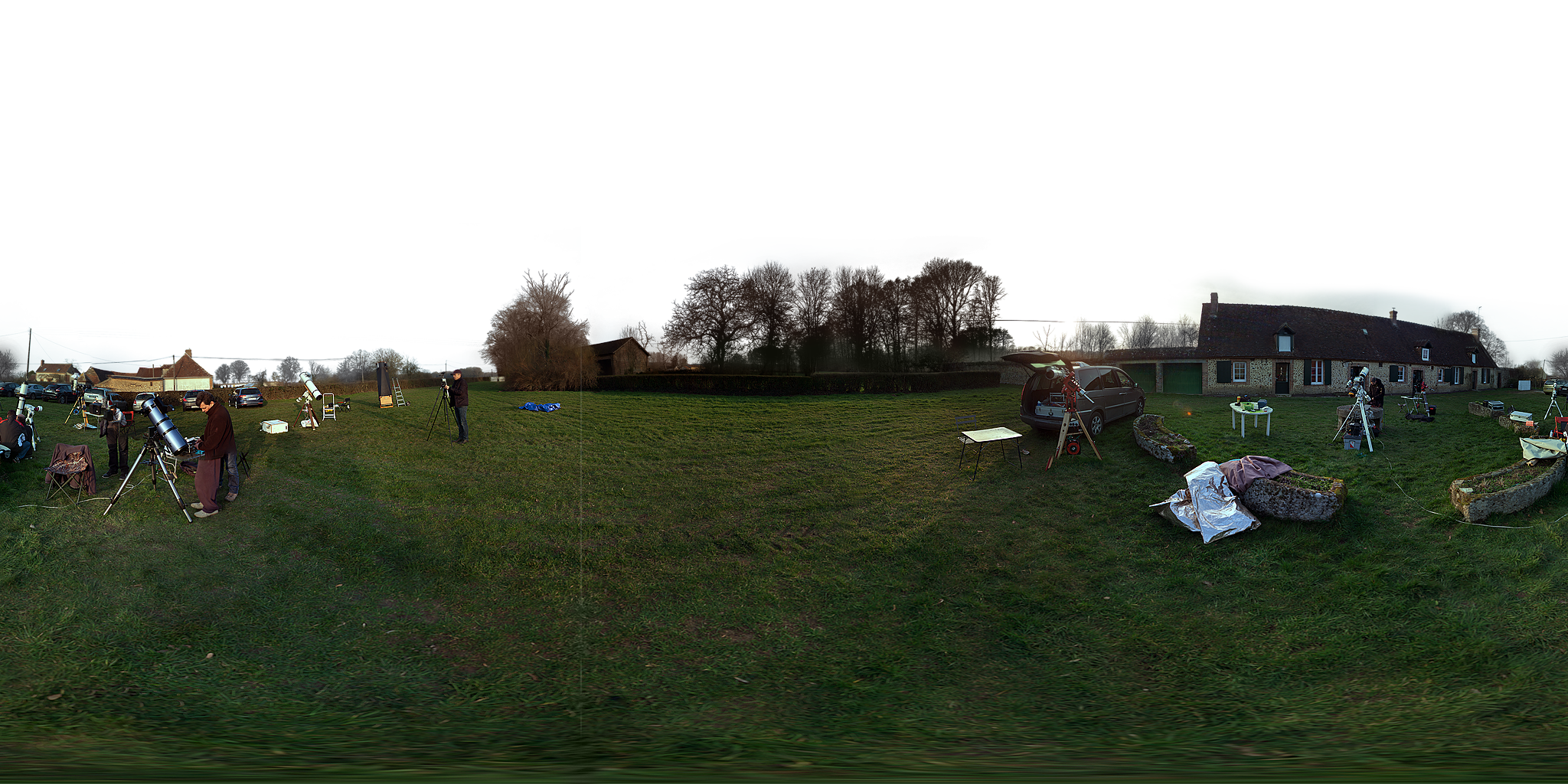 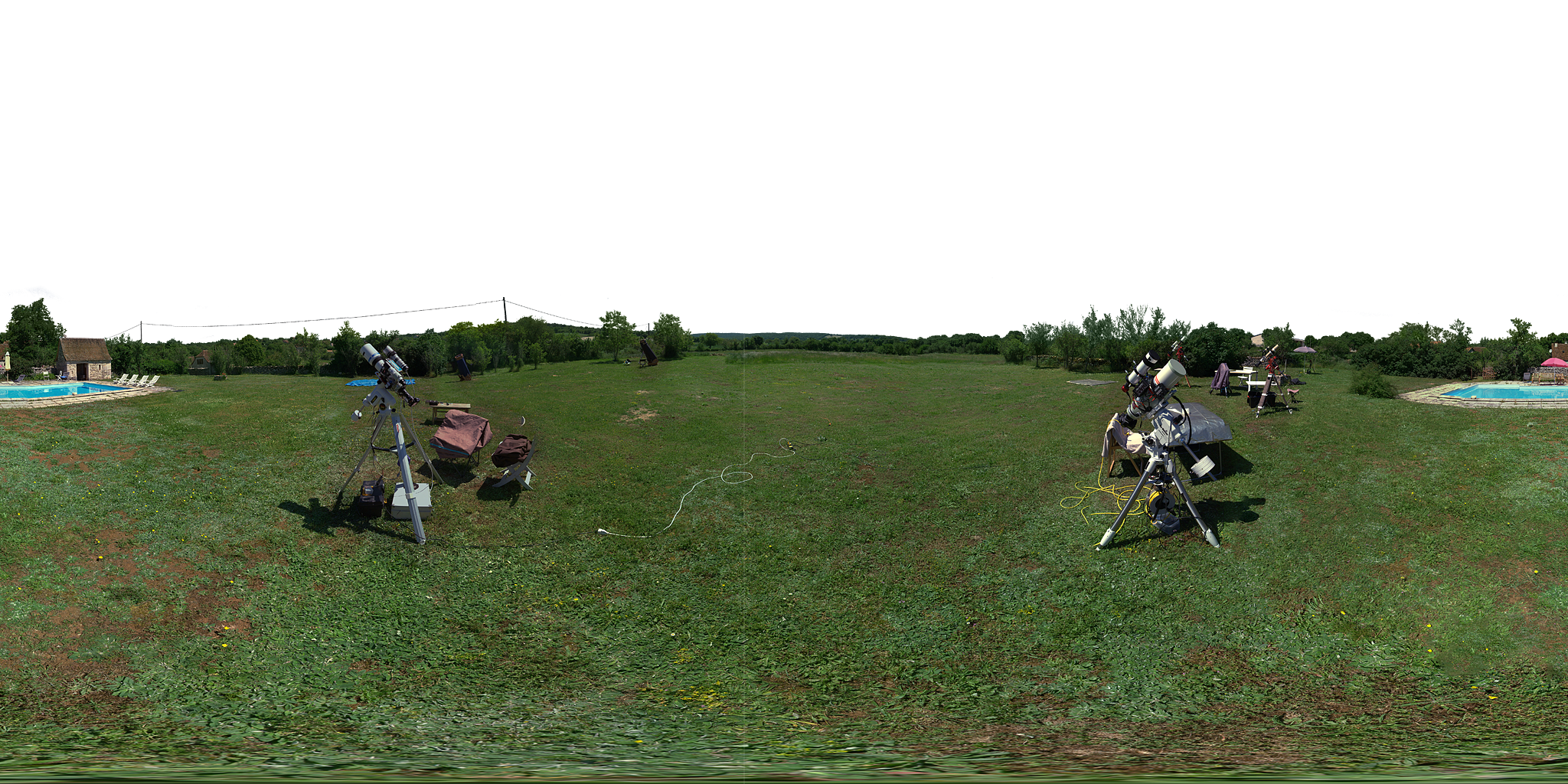 Once downloaded images, you need to move them from your “images” or “download” directories of your smartphone to the directory / SkySafari “xx” / Panoramas /
to do this you have several solutions.
1 • your phone has a good bone and allows via the internal file manager to do it (rarely the case)
2 • download the app es explorer on the appstore that allows it to do that
3 • connect your phone with a USB cable to your computer and do the manikin. be careful it is on the internal memory of the phone that it is located, not on the additional memory card if you have one 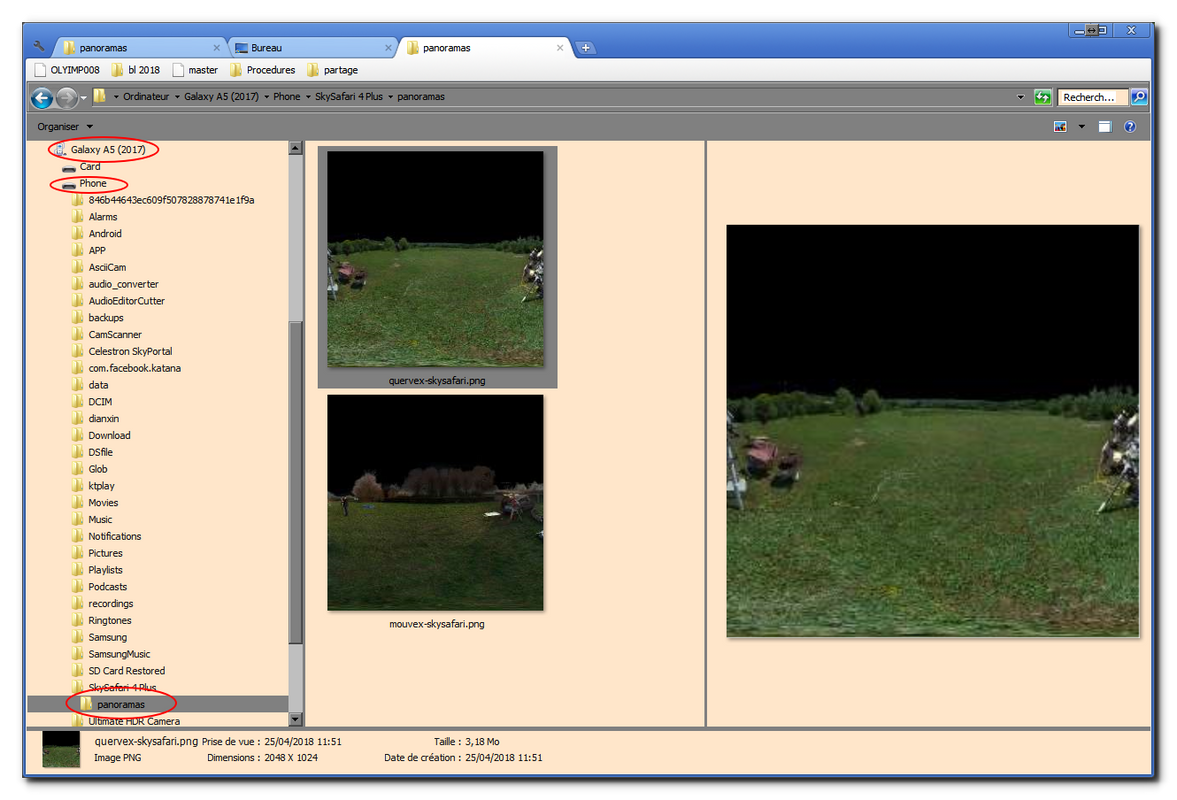 then in skysafari, in setting, display option, then Horizon and Sky choose your favorite panorama 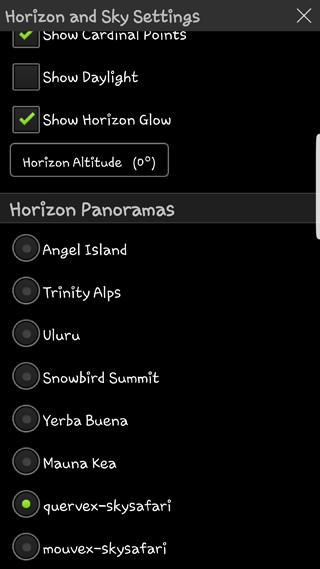 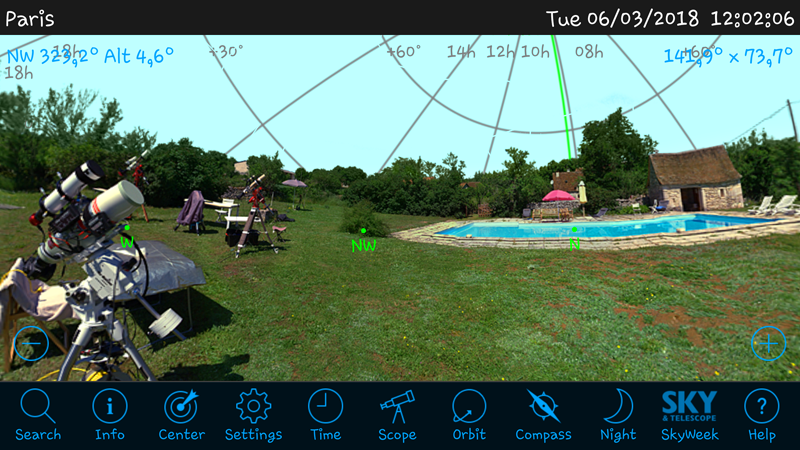 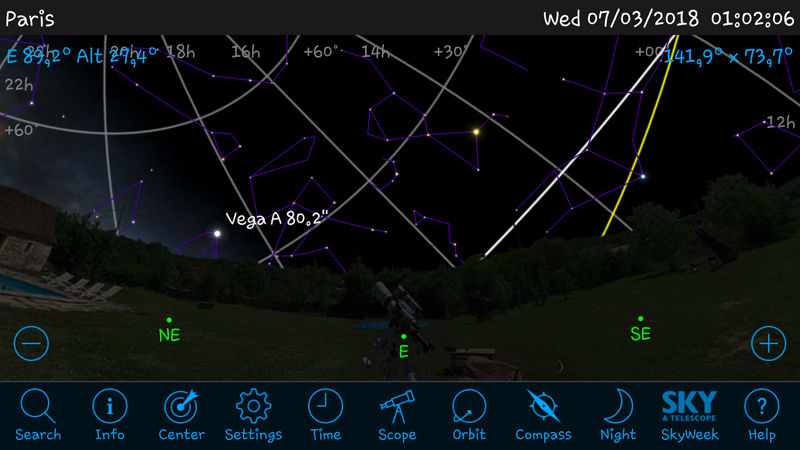 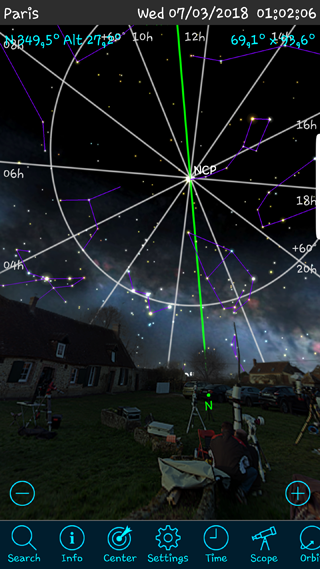 As I am without pc, I still want to be able to check that my images are good for acquisitions. 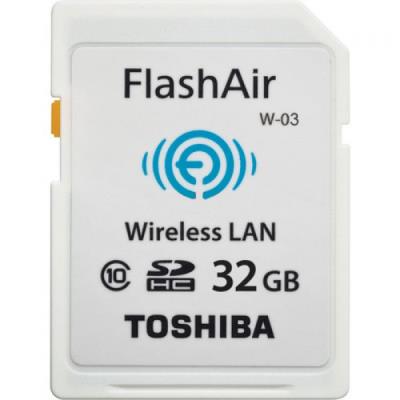 Interrupting a programmed sequence to check on the camera its images is still boring and we risk losing autoguiding, so I bought a Toshiba FLASHAIR card
it is an SD card that is equipped with a mini WIFI server

to make it simple: the card emits a wifi network, on which one connects and it is possible to analyze the contents of the card
it is therefore necessary to record his images in RAW but also in JPG: the phone will not read the raw file. you need both types of files

Only the “hic” is that originally, the card is configured only to be a wifi server .. this is not a major concern but as in my case the WIFI is already monopolized for the piloting of the sphinx on my phone, it will close the driver software, cut the wifi to the router, connect the wifi card, launch the app flashair software, examine the images, close the software, close the wifi, reconnect to the router etc. …

So after taking some information, I realized that the card was fully configurable

In the hidden directories of the card, there is a small config file that can be easily edited by putting the card sd on his pc for example

here is the reference page, it looks complicated but in fact it is not really, the proof I understood
here is the original code of the config file

I come back now to the mini router

I finished his setup and miracle, everything works
below some screenshot commented 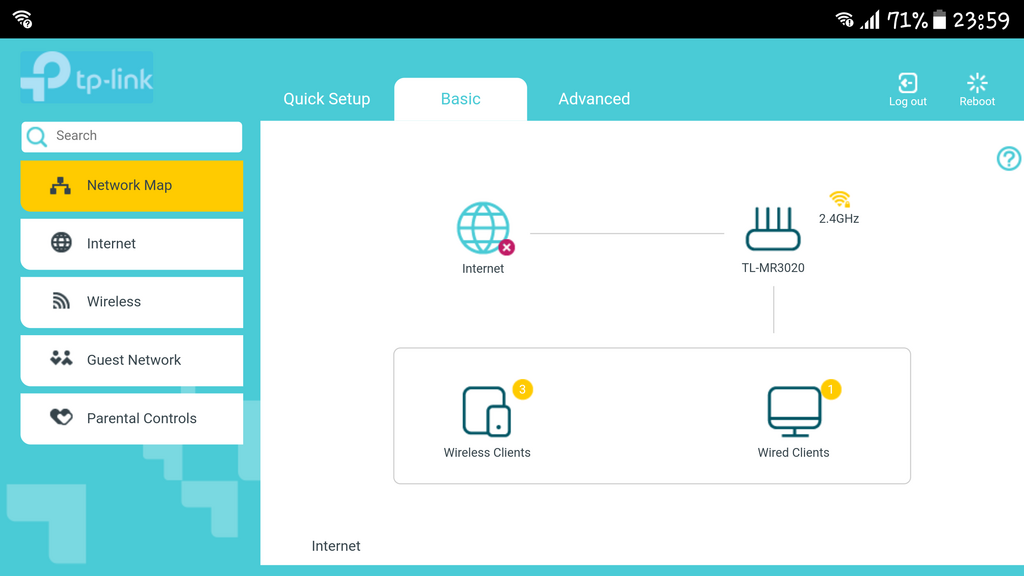 by developing on wireless, it is found that my phone is connected (S7) as the SD card Flashair ‘Unknonw’ which despite my efforts I failed to name on the network,
yes I “lost” a wifi device between the two screenshots, I had another test phone connected to the first screen that I deactivated in the meantime 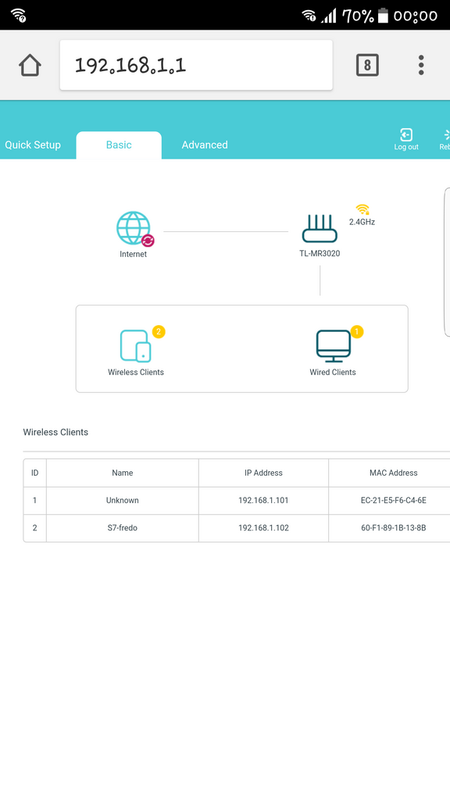 when we click on the wired we see a connected device: the starbook vixen, also tagged unknown 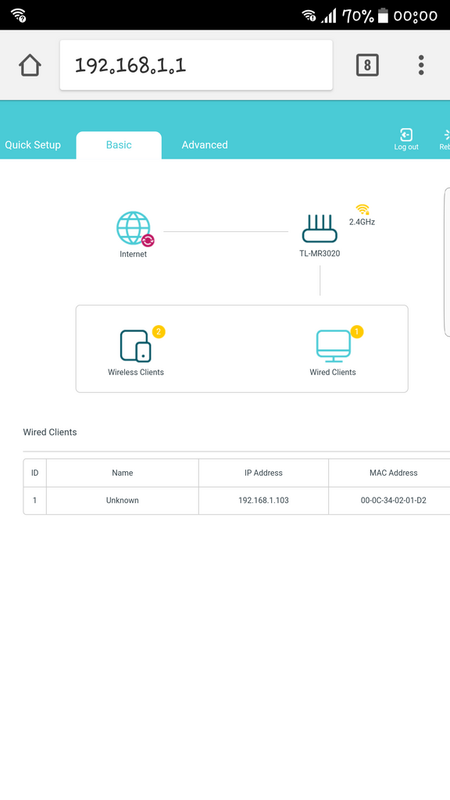 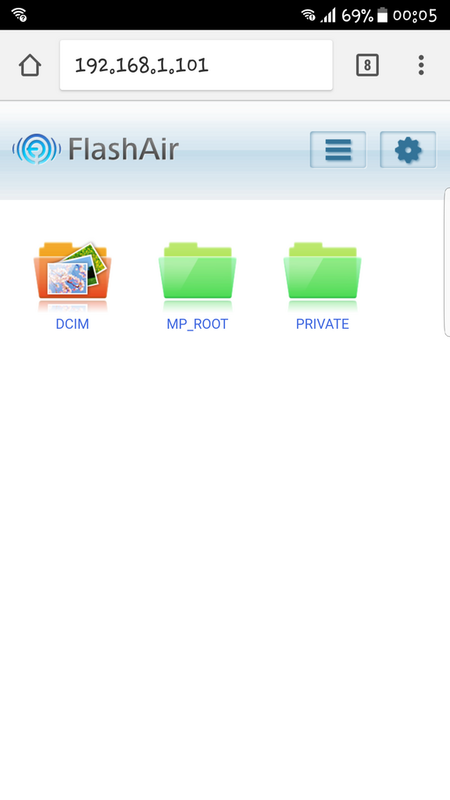 and on the couple skysafari / sphinx to pilot the telescope

next step, convince a developer to make astrometric resolution online on android (with resync scope of course)